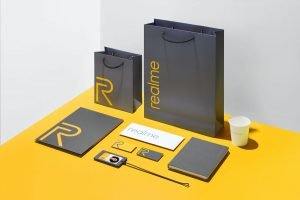 The audio products include a pair of TWS (true wireless) headphones and Over-the-ear neckband design wireless headphones. The biggest demand in the new headphones is that they would feature Active Noise Cancellation (ANC) technology.

As claimed by the company, the products would be making their way to the market in the upcoming month. Moreover, the company also wants to expand its IoT portfolio in key markets with the launch of all these new products.

Realme has not disclosed the complete specifications and technical characteristics of their newly designed audio products. As claimed by the company, the Realme Buds Air Pro would come in a TWS format. Meanwhile, the Buds Wireless P would feature a neckband design. The most significant upgrade will be their support for active noise cancellation (ANC) technology. They are said to a have competitive price tag and hit the Indian market first.

During IFA 2020, Realme also announced plans for the European market. The company has already established itself in several countries, such as Germany, the UK, Poland, Greece, the Czech Republic, Spain, France, and Italy. However, it plans to enter other European markets in the fall. Madhav Sheth, former CEO of Realme India would be heading the expansion in the European market.

Realme has ambitious plans for expansion in Europe. The company expects to be the top five phone manufacturer on the continent. The company has also plans to introduce 10 smartphones to Europe, including the upcoming Narzo 20 series.

Hammer to Start Online Sales of its Products on its Official...