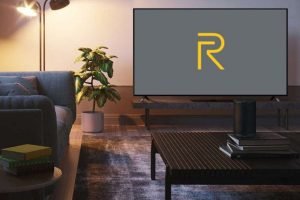 According to a report, the Chinese firm is gearing up to unveil a smart TV and a smartwatch. The company had launched its first smartband in the last month. Today, however, the first details about Realme TV are coming from the Indian BIS certification.

The company is running to make its presence felt in the Indian stronghold. Besides betting on smartphones, the company will expand its portfolio with many new products. An image appeared on the Burea of India Standards (BIS).

It reveals a new smart TV that carries the realme TV 43 moniker. The said model carries JSC55LSQL and considering the name it’s easy to assume that we’re looking on a 43-inch panel. It’s not the largest one available, but we believe that this is Realme’s strategy to offer it for a low price.

Of course, this doesn’t necessarily mean that Realme won’t come in different sizes. Unfortunately, this is everything we have about the TV right now, but it’s a good start. In the coming weeks, we expect more to come since this TV will launch during this quarter. Now what remains to be seen is which kind of software Realme will offer on its portfolio of TVs. Will it be a new TV-oriented version of its new Realme UI? We’ll know more in the coming weeks.