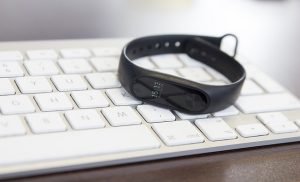 Xiaomi has launched Smart TVs, fitness band and security cameras in its latest array of products. The Chinese technology major has expanded its market presence in India by entering the smart lifestyle segment other than the mobile phones.

Xiaomi’s upgraded mi TVs with 49, 32 and 55-inches are its Pro models with 2GB, 1GB RAM and 8GB inbuilt storage. These are based on Android 8.1 and have built-in Google Chromecast. It allows to search and play multimedia by using Google Assistant commands. It has a starting price of Rs. 14,999. The 55-inches 4A Pro TV set comes at Rs. 49,999.

Xiaomi has launched its third version of the popular Mi Band with a bigger touch screen and water-resistant feature. It has added a new range of features to its Mi Band 3 that allows the users to read WhatsApp messages, notifications and answer or reject calls. It can also count steps and calories and heart rate. The smartwatch is priced at Rs. 1,999. Earlier, it had introduced Mi Band in 2015, Mi Band 2 in 2016 and Mi Band HRX Edition in 2017.

The Chinese tech firm has also released its 360-degree home security camera with a two-way audio system. It has been priced at 2,699. Xiaomi aims to enter the Indian lifestyle market by all its new launches. Other than these three, it has released Mi Luggage which offers two suitcase models of 20 and 24-inch sizes at Rs. 2,999 and Rs. 4,299.

Xiaomi sells its Mi Brand products in close association with over 200 companies in China. In India, it has started its business with its virtually-assisted Mi Air Purifier range priced at Rs. 8,999. It offers Amazon Alexa and Google Assistant integration for better control. The company has claimed that it is energy efficient.

Sony has Launched its Flagship Master Series TV in India