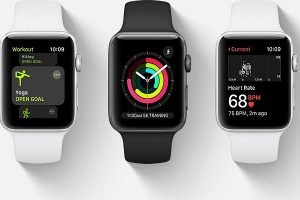 For many years the sleep tracking feature was missing on the Apple iWatches. However, at WWDC 2020 earlier this month, Apple unveiled WatchOS7 and confirmed that sleep tracking is finally coming to the Watch.

“We acknowledge sleepless nights due to anxiety”

In an interview with The Independent, Kevin Lynch, vice president, technologies, at Apple said, “There are so many things in the world to distract us and occupy our attention. Supporting people in managing the transition is where the magic is.”

“There could be anxiety that people have about going to sleep, and that anxiety itself can actually cause more problem in terms of going to sleep. Many people are already well aware that they haven’t been getting enough sleep, and so we are not adding to that, but we are positively acknowledging when you have achieved your goals”, Lynch added.

“We treat the data that’s being collected on a user’s device with a high level of sensitivity around privacy. Apple is not seeing your sleep data. Even in our studies, we had people wearing EEGs on their heads, so we got insight into the electrical activity of their brain, in addition to what we’re able to sense on the wrist with Apple Watch”, Kevin Lynch stated.

Riversong Launches Successor to its First Smartwatch in India