Huami has unveiled its first earbud range at the ongoing Consumer Electronic Show (CES 2020) in Las Vegas. The company has also unveiled Amazfit T-Rex smart watch at the same event.

“Featuring a durable design and performance, as well as a wide range of sports and fitness functions, the military certified T-Rex raises the bar for the smart wearables industry,”read Huami’s official statement.

It continued, “ZenBuds is equipped with Knowles Balanced Armature and features Smart Interference, supporting your sleep goals by creating the right environment and generating soothing sounds. The soothing sounds automatically turn off once you are asleep. ZenBuds also gathers data on heart rate, body position and movement, giving an analysis of your sleep patterns. ZenBuds come with a 12-hour battery life on a single charge.”

The company is calling its Amazfit T-Rex Smart Watch as a military-certified-outdoor smart watch. Certified of the United States Department of Defense, this watch, as per the company, has passed 12 regulations of the military-standard (MIL-STD-810G) quality test.

It features a 1.3-inch Amoled-screen with an always-on-display function and a resolution of 360×360 pixels. Amazfit T-Rex also delivers 20-day battery life. It comes equipped with a GPS + GLONASS tracker.

Amazfit T-Rex, as Huami informed, will be available in January 2020. The suggested retail price is $139.9. 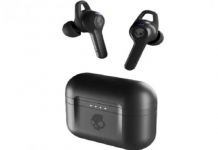 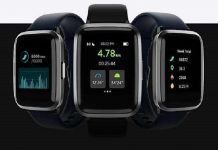