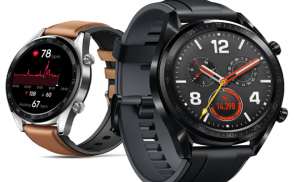 Huawei Consumer Business Group, India, today announced the launch of its latest wearables, and expansion of its product portfolio in the market. The China-based company has launched of Huawei Watch GT and two wearable bands in the country.

He added, “We have received an overwhelming response on our current lineup of products and are now looking at expanding our portfolio, and providing the complete Huawei ecosystem experience to our customers here. At Huawei, we want to introduce our consumers to breakthrough technological innovations, creating a true differentiation in the market.”

Huawei has even announced launch offers that seem aimed towards driving early sales. Company’s official statement read, “Early bird customers would get Huawei Sport BT AM61 Earphones worth Rs 2,999 free along with the Huawei Watch GT. It will be available with a no-cost EMI of 3 months, 6 months and 9 months on a majority of leading banks in India.”

It comes equipped with a 1.39-inch, 454×454 amoled display screen. Huawei is claiming that the battery of this smartwatch can last for up to two weeks on a single charge.

Huawei’s official statement read, “The Huawei Watch GT uses an innovative smart power-saving algorithm that enables the watch to enter normal mode if it identifies dynamic scenario or low-power consumption model if it identifies static scenario. Depending on user activity, this algorithm brings it long endurance and allows the smart watch to stay powered for up to two weeks for frequent use mode. Furthermore, the dual-core architecture of the HUAWEI WATCH GT lets the wearable user enjoy the best of both worlds—it is simultaneously a powerful and highly efficient smart watch.”

Pan added, “Designed for today’s urban explorers, the Huawei Watch GT addresses one of the most common pain points of wearables: battery life, and breaks boundaries of traditional cognition, and brought the valuable essence to the gene of this watch, enhancing the users’ spiritual cognition. The launch of Huawei Watch GT is a step in this direction and we are confident that our consumers would be able to differentiate us in the market and would like to enjoy superior technology and a power-packed device that is a pinnacle of innovation.” 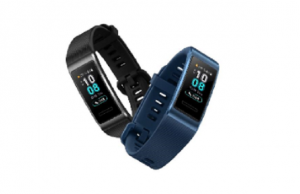 Company’s official statement read, “Leveraging the same technology powering TruSeen 3.0, Huawei Band 3 Pro can also track sleep patterns with Huawei TruSleep 2.0. Moreover, the solution uses big data analysis to provide personalized services and suggestions to improve sleep quality. All of the aforementioned technologies were developed by Huawei in collaboration with authoritative organizations around the world, ensuring that the wearables are highly functional and professional.” 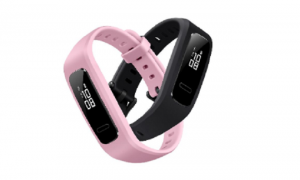 The Huawei Band 3e uses a new footwear mode. This footwear mode, as per the compnay, is an application that provides precise running data with the press of a button. Huawei claims that the Band 3e is 50m water-resistance