Targeted at smartphone users, the latest Fujifilm Smartphone Printer will rival the likes of HP Sprocket Plus smartphone printer in the country 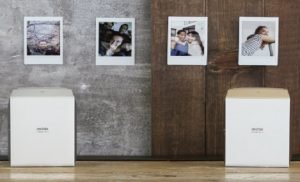 As opposed to a Rs 13,999 price tag on this latest Fujifilm smartphone printer, the latest version of HP Sprocket Plus printer is currently retailing for Rs 7,999 on a leading e-commerce portal in the country.

Just like HP Sprocket, this latest smartphone compatible printer from Fujifilm is aimed at people who like printing photos clicked using smartphones and tablets.

The company has said that while the silver variant of Instax SHARE smartphone printer SP2 will be available through offline stores, the gold variant of the latest Instax smartphone printer will be available exclusively on online channels. However, apart from the colors on the hardware part, there seems to be no difference in the functioning of these silver and gold variants. The Fujifilm India website has not listed any difference between the two as well.

It is also to be noted here that despite the company claiming the gold variant of Instax SHARE smartphone printer SP2 only to be available after November 20th, it is already retailing at a much higher price on a popular e-commerce portal. The silver variant, which is to available only through offline sales is also available on the same e-commerce portal.

Users will have options to choose between an array of template options including split, collage, and square.