Huawei has launched Band 4 fitness tracker in China. It has been priced at 199 Yuan (approx Rs 2,000) and the company will sell it from first November in sakura pink, graphite black and amber sunrise colours.

This tracker is a rebranded version of Honor band 5i which was launched in China just a day back. It comes with 0.96 inches 80 x 160 TFT (Thin Film Transistor) colour display. As per Huawei, it supports nine types of intelligent sports modes which can measure blood oxygen with the body.

It also has a 24-hour heart rate monitoring feature with Trueseen 3.5 technology. It comes equipped with sleep tracking with TruSleep 2.0 which tracks the heart rate while the user sleeps.

Huawei says the tracker has a 91mAh battery that has a built-in USB charging port like the Honor Band 5i. It claims the tracker takes one ad half hours to fully charge and can last for about nine days on a single charge depending on usage. 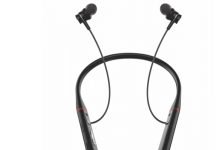 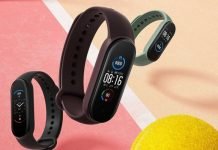 The Chinese brand, Xiaomi, Will Soon Launch Mi Band 5 in...