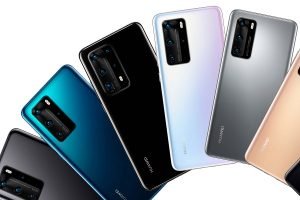 The Chinese smartphone company Huawei is set to launch the Huawei P40 series next week. The company claims that the P40 series is a camera-centric flagship. The smartphone will be unveiled via an online-only event on March 26.

Initially, the company had planned to unveil the device via an event in Paris, but that had to be cancelled due to the outbreak of the Novel Coronavirus. The company decided to launch the device via an online event and Huawei began teasing the upcoming series of smartphone.

Are you ready to experience #VisionaryPhotography? 📸 Join us on 26th March and be one of the first to witness the future of photography #HUAWEIP40 pic.twitter.com/nw86jNwuVp

The company claims that Huawei P40 and P40 Pro will feature in silver, grey, orange (or gold), black, blue and aurora colors. However, the P40 Pro Premium Edition is likely to come in either black or white ceramic edition. The series is expected to feature 120Hz OLED display, Kirin 990 5G chipset, an updated RYYB main camera on the back and probably a dual punch-hole for selfie camera.