Jivi Mobiles seems to have started focusing on the rural markets and first time smartphones buyers in India. The company has launched a smartphone that costs Rs 3,699 and features 18:9 display. 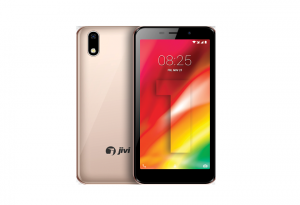 Need gap in the smartphone market

The company said it was able to identify need gap in the smartphone market and hence, has launched the economical smartphone. Interestingly, Jivi Mobiles’ Xtreme 1 is now one of the most affordable smartphones available in India. The company may be able to appeal to consumers who are switching to a smartphone from a feature phone for the first time.

Harsh Vardhan added, “We have launched Xtreme 1 keeping in mind the first time buyer who would like to buy entry level phone and want to switch to smart phone from a feature phone. All our smartphones offer value for money to the customers who are looking for high end features in a budget phone. We have identified the need gap and have placed all our phones in the segment.”

This latest smartphone comes with 5MP rear and 2MP front cameras and is powered by 2000 mAh battery which has a standby time of 24 hours. Jivi’s official statement read, “Xtreme 1 comes with the Full view 18:9 display and has 4.95-inch screen size. The Phone comes with both front and back cameras which have a 2 MP Front Camera + 8 MP Primary Camera respectively that takes good quality pictures and video calls and supports a 2000 mAh battery. It comes with 1GB RAM and 8GBROM.”

It continued, “This phone supports dual SIM (4G+4G), Quad Core 1.3GHz and OTG support. The phone runs on Android 8.1 Go edition.” Jivi Mobiles has a network of more than 800 service centres in India. It is a brand operated by Magicon Impex Pvt. Ltd.