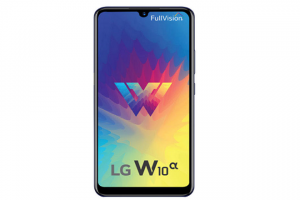 LG has launched the W10 Alpha smartphone in India. The company had launched its W series of smartphones in India last year. It has priced the newly launched smartphone at Rs 9,999 for the 3GB RAM + 32GB variant.

The LG W10 Alpha has a single 8MP camera sensor with an autofocus lens and LED flash unit. In the front, the phone has an 8MP camera sensor. The phone is backed by a 3,450mAh lithium-polymer battery and it runs on Android 9 Pie. In terms of connectivity, it supports 4G VoLTE, Wi-Fi, Bluetooth 4.1, A-GPS and micro USB port.