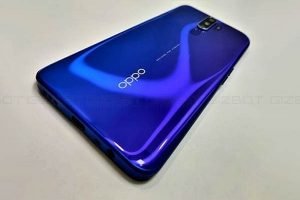 Soon after reports about a new Oppo A12 surfaced online, the Chinese smartphone company launched the specs of the latest Oppo A12e on the company website. The listing was however removed shortly after that.

The company informs that the A12e is a re-branded version of the Oppo A3s that was launched in India back in 2018. The smartphone will be featured in two colour options namely, purple and red.

The phone retains the 3.5mm headphone jack and has some interesting music-centric features within the software – Music Party. This software enable users to amp up music, the “Music Party” function claims to offer a fun solution for its customers. Open up a hotspot and connect multiple smartphones with ColorOS 5.1 or higher version OS to play the same track.