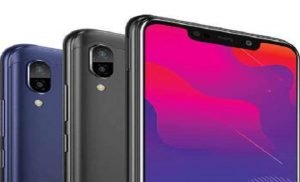 nics company Panasonic has announced the launch of its two new smartphones in India. Christened as Eluga Z1 and Z1 Pro, the electronics manufacturer claims that both the smartphone models are AI enabled.

The rest of the features on the both the AI enabled smartphones remain the same.

Panasonic Eluga Z1 and Z1 Pro are powered by MediaTek Helio P22 processors and come installed with Android 8.1 Oreo operating software. The dual sim configuration in both the phones will allow users to use two networks at the same time.

Panasonic India in a statement said, “The new devices come with ARBO Hub which provides users access to multiple apps and services on a single platform and uses AI and Machine Learning to make recommendations.”

Both models feature a 2.5 curved metal design and have a big 6.19-inch HD+ display. Panasonic has equipped both smartphones with 4000mAh batteries.

Smartphones for a Premium Gaming Experience