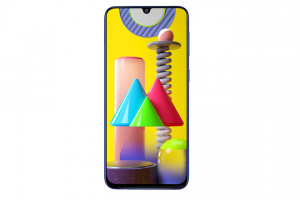 Samsung has launched Galaxy M31 smartphone in two variants in India. The company has equipped this smartphone with super-amoled-display screen. Samsung Gakaxy M31 sits among a few smartphones to feature a super-amoled-screen in under Rs 17,000 price bracket.

“Galaxy M series has received unprecedented success in 2019, with millions of happy millennial consumers. Galaxy M30s, launched ahead of festive season last year, was the highest selling phone in the Diwali period. We now bring Galaxy M31 keeping in mind the needs and aspirations of our young millennial consumers. Galaxy M31 is a perfect embodiment of mega monster as it packs in a Mega 64MP camera, a monstrous 6000 mAh battery and the super amoled display,” said Asim Warsi, senior-vice-president, Mobile Business, Samsung India.

Samsung will start retailing the M31 smartphones starting fifth of March 2021 via its own website, Amazon’s e-commerce portal and select retail stores. It is to be noted here that Samsung had originally introduced M series as an online only smartphone series in 2019.

Samsung Galaxy M31 sports a 64MP quad-camera setup. It comes with a Eight MP ultra-wide lens along with 123-degree field of view. It also has a dedicated five MP macro lens for close-up shots of objects that you love. In addition, it has a five MP depth lens for portrait shots with live focus.

It continued, “Galaxy M31’s industry leading 6000mAh battery can easily last the entire day and night. It also comes with an in-box Type C 15W fast charger. Despite packing in a mega monster battery, Galaxy M31 is just 8.9mm thick and weighs only 191 grams, making it lightweight and comfortable to grip.”

Infinix S5 Lite Was Sold in India For The First Time...