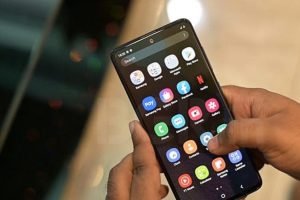 The Samsung Galaxy A51 has already launched in most countries including India. However, Samsung is also making a 5G-enabled version of the device. This will be a great opportunity for the brand to create affordable phones that support the next-gen network.

The arrival of the Samsung Galaxy A51 5G was confirmed by the phones surfacing on various certification boards. The latest in this list is the WiFi Alliance board. Codenamed the SM-A516N, the smartphone recently acquired a license for operating on Wi-Fi networks.

The Samsung Galaxy A51 5G will hence, support Wi-Fi 802.11 b/g/n/ac standards on both the 2.4Ghz and the 5GHz frequencies. The phone is also listed with Android 10 and is likely to come out of the box with One UI 2.0.

The Galaxy A51 5G is expected to bring a lot of the design ahead from the original A51. This includes the dimensions and overall design of the phone. The new A51 5G will also likely include the same L-shaped camera sensors in the module.

What might be different is actually under the hood. The phone will likely include the Exynos 980 to support 5G. The original Galaxy A51 had the Samsung Exynos 9611 chipset. The Exynos 980 will include a built-in 5G modem, but also remain affordable compared to flagship 5G prices. This could perhaps be the largest difference between the phones. Other elements like RAM and storage could be the same as the original phone.

A 6.5-inch super AMOLED Infinity-O display which operates at full HD+ (2040Ã—1080 pixels) resolution, is what the smartphone boats about. The phone doesnâ€™t offer a waterdrop-style notch and instead, you get a punch-hole display design. The Galaxy A51 comes with an in-display fingerprint scanner.

In terms of photography, the handset features a total of four cameras at the back. This setup includes a 48-megapixel primary sensor, a 12-megapixel ultra-wide-angle lens, and a 5-megapixel depth sensor. There is also a 5-megapixel dedicated macro lens. On the front, there is a 32-megapixel camera sensor for selfies. The camera setup also offers supports slow-motion videos at 240fps.

Samsung Launches New Variant of A30 Smartphone in India