Samsung plans to retail these starting March 2019 in India. The brand has also introduced its first 5G compatible smartphone 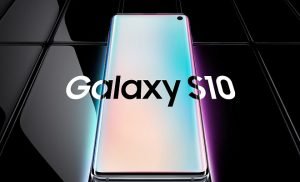 Samsung Electronics has introduced four devices in its Galaxy S10 line-up of premium smartphones. An official statement released by the company read, “Each device delivers a next-generation experience in the categories consumers care about most: groundbreaking innovations in display, camera and performance.”

DJ Koh, President and CEO of IT and mobile communications division, Samsung Electronics, said,”With four premium devices, each built for a unique consumer in mind, Samsung is leveraging a decade of industry leadership to usher in a new era of smartphone technology.”

Samsung plans to retail these starting March 2019 in India. The brand has also introduced its first 5G compatible smartphone.

Prices strategically aligned with those of iPhone XS and XR?

Interestingly, the prices announced, seem to be competing with prices of Apple’s iPhone XS and XR models. Apple’s iPhone XS is available at a starting price of US$999, whereas Apple iPhone XR is available at starting prices of US$749. It is to be noted here that Apple’s had some of the most expensive smartphone models under its kitty before the launch of Galaxy S10 smartphone devices

The major highlight of the smartphone range is the addition of a 5G compatible Galaxy S10 smartphone. Samsung said that it will be giving Samsung earbuds free with Galaxy S10 and Galaxy S10+ in select markets.

The Korea based consumer electronics claims these devices to be world’s first HDR10+-certified smartphones. Company’s official statement read, “Galaxy S10’s Dynamic AMOLED display also includes the first-ever in-display Ultrasonic fingerprint scanner that reads the 3D contours of a physical thumbprint – not a 2D image of it – for improved anti-spoofing.”

Galaxy S10 line-up features an ultra wide lens that, as per the brand, offers a 123-degree field of view. The rear camera setup offers capability of recording videos in HDR10+6. All the Samsung Galaxy S10 smartphone come with Bixby as virtual assistant.

Samsung’s official statement read, “Samsung introduces Wireless PowerShare on Galaxy S10, making it possible to easily charge Qi-certified smartphones and even compatible wearable devices. In addition, Galaxy S10 is capable of charging itself and a second device simultaneously via Wireless PowerShare8, while connected to a regular charger, enabling you to leave your second charger at home while on a trip.”