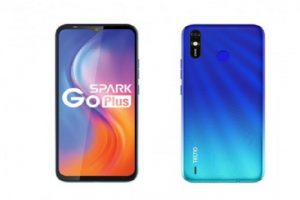 Tecno Mobiles has launched Tecno Spark Go Plus smartphone in India. It has priced the phone at Rs 6,299 and will be selling it in hillier purple and vacation blue colours. It will sell the smartphone through retail stores across the country.

As a part of the launch offer, the company is offering a one-time screen replacement. It is also offering three months of Ganna Plus subscription worth Rs 297 free. Tecno Go Plus is the rebranded version of Spark 4 Lite smartphone.

It comes with a a 16.56 cm (6.52-inch) HD+ Dot Notch display with the screen resolution of 720×1600 pixels. It is powered by a 1.8GHz Quad-Core MediaTek Helio A22 processor. It has 2GB RAM and 32GB of internal storage. The storage can be expanded up to 128GB via microSD card. It also has a rear-mounted fingerprint scanner. It comes with AI Read Mode and face unlock 2.0 feature.

Apple Might Debut with a LiDAR Sensor in New Smartphones