Voto seems to be targeting the rural, tier two and tier three markets with this smartphone launch 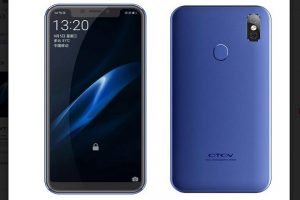 Voto has announced the launch of V9 smartphone in India. The company has priced at it Rs 6,999. At this price, it seems as if the China-based smartphone brand has strategically tried to keep it below the Redmi Note 6, Realme 3 and Samsung M 10 smartphone prices.

“We are excited to mark a new milestone at Voto with this ultra-modern smart phone V9. Voto is sure to create buzz and recreate benchmarks in the industry. Voto has used its expertise to create a unique space having unmatched quality, distribution and pan-Indian service network in the Indian market” said Santosh Singh, national sales head, Voto India.

The company seems to be targeting the rural, tier two and tier three markets with this smartphone launch. Voto’s official statement read, “These new Voto Smartphones represent the Indian youth especially in tier 2 and tier 3 cities through its combination of dynamic design and power-packed features.”