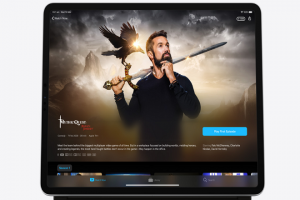 The iPad Pro lineup comes with a LiDAR Scanner. The company claimed that it can measure the distance to surrounding objects up to five metres away. It works in both indoor and outdoor conditions. The depth frameworks in iPadOS combine depth point measured by the LiDAR Scanner, data from both cameras and motion sensors. It is enhanced by computer vision algorithms on the A12Z Bionic.

The iPad Pro lineup is powered by octa-core A12Z Bionic chipset along with M12 motion co-processor. It also comes with a dual-camera setup with a 12MP primary lens with f/1.8 aperture and a 10MP ultra-wide lens with f/2.4 aperture. They are equipped with five microphones for calls, video recordings and four speakers.