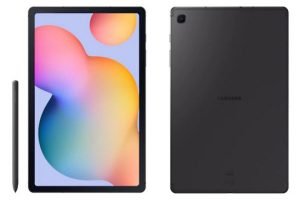 According to a report by Geekbench, Samsung is currently working on its upcoming Galaxy Tab A7. The tablet was spotted on Geekbench benchmarking website revealing few of its specifications. The device has been listed on Geekbench with the model number SM-T505. As per the listing, the tablet is powered by Qualcomm Snapdragon processor codenamed ‘Bengal’ which might be the Snapdragon 662.

As per the report, the kernel source code of Bengal reveals Adreno 610 GPU with 980Hz clock speed and Kryo 260 octa-core CPU. Also, the tablet will feature with 3GB of RAM and it will run on Android 10. The device scored 317 and 1358 in the single core and multi core test respectively.

The Qualcomm Snapdragon 662 processor was launched earlier this year. It features with octa-core CPU clocked up to 2.0GHz and it is built using 11nm process technology. The chipset is claimed to feature with Adreno 610 GPU. It is claimed to support up to the 25-megapixel single camera, 16-megapixel dual camera and up to 48-megapixel photo capture with 1080p video capture at 60fps.

It is loaded with 3rd generation Qualcomm AI Engine with Hexagon Vector Extensions and the Qualcomm Spectra 340T will enable AI-based user experiences such as avatars, night photography, and face and voice authentication. It supports up to Full HD+ resolution with a 90Hz refresh rate. The chipset comes with Quick Charge 3.0 fast charging support.

Samsung Galaxy Tab S6 Lite is powered up by a 7,040mAh battery. It features a 2.3GHz octa-core Samsung Exynos 9611 processor. The tablet runs Android 10 with One UI 2.0 out of the box and it ships with an S Pen.