The use of smart TV dongles is on a increase in the country. Recently Google and Amazon had also a collaboration for their video streaming content services

Dish TV has announced the launch of Dishsmart Stick in India. Priced at Rs 599, this stick can only be used with Dish HD set top boxes. This dongles features access to Zee5, Hungama Play and SonyLiv apps. The company said that it will also add Voot and AltBalaji apps to the list in the future.

The company has also announced a free preview for six months time. It is to be noted here that the use of smart TV dongles is on a increase in the country. Recently Google and Amazon had also announced a collaboration for their video streaming content services.

The market of smart TV dongles is flooded with devices priced Rs 500 onwards. In comparison to the one launched by Dish TV, there are devices that do not require a set-up box in order to be connected to a TV. Moreover, there are dongles that allow smartphone mirroring and hence do not restrict a user from watching his choice of apps on the TV.

The Dishsmrt TV dongle comes equipped with a built-in antenna that use wi-fi to connect to the host. The compnay says that internet speed of 1MBPS is required to enjoy the best of services. It supports all major network standards including TCP/IP and operates in the temperature range of 0 to 50-degree 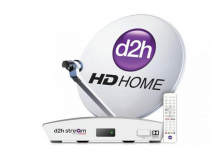 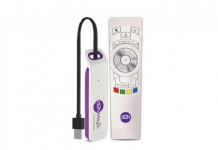