Pricing all the new smartphones below Rs 7,000 category, it seems as if the brand is looking to capture a share in the entry-level smartphone segment in the country 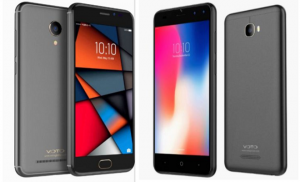 Voto Mobiles has announced the launch of a new smartphones series in India. The four smartphones models launched namely – V11, V12, V3 and V5x, start at a price of Rs 4,999.

An official statement released by the brand read, “The all new VOTO smartphones represent the Indian youth especially in Tier-2 and Tier-3 cities through its combination of dynamic design and power-packed features.”

Santosh Singh, National Sales Head, VOTO India said, “We are excited to mark a new milestone at VOTO with these best price smartphone series in India. VOTO is sure to create buzz and recreate benchmarks in the industry.”

Pricing all the new smartphones below Rs 7,000 category, it seems as if the brand is looking to capture a share in the entry-level smartphone segment in the country.

All the four Voto smartphone models are based on the Android 7 version and are powered by quad core processors. These are being offered in the 2GB RAm and 16 GB internal memory variants. These latest Voto smartphones also support Bluetooth and Wi-Fi connectivity.

All these Voto mobiles are packed with 3000 mAh batteries. Voto’s official statement read, “These are designed with powerful processors that supports multi-tasking, rich graphic experience and app usage in an uninterrupted form while optimizing the battery life. Besides powerful sensor and stunning resolution, the high quality HD display screen gives a spectacular quality view.”

Santosh Singh continued, “VOTO has used its expertise to create a unique space having unmatched quality, distribution and pan-Indian service network in the Indian market.”

Panasonic Launches Smart TVs at Starting Prices of Rs 12,999 in...

Sharp’s New Products For India Include an Oven and a Bread...