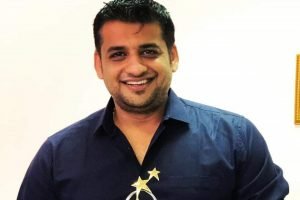 Pallav Chaudhary has joined Havells as head of its large formal retail business in India. He is working from the Havells office situated in Noida, Uttar Pradesh.

Chaudhary was working with Metro Carry and Cash before joining Havells. He was associated with the company as a senior category head. Chaudhary worked with the same for four years and four months. Metro Cash and Carry is a brand operated by Metro AG Group.

Has worked with Samsung, LG, Videocon and more in the past

Chaudhary has more than 10 years of experience working with different brands in the past. He started working in 2004 with Force Motors as a sales manager. It was a part-time job and one of Chaudhary’s social media profiles mentions that it was a part-time job. He was responsible for corporate sales of commercial vehicles at Force Motors.

He then joined Draft FCB ULKA as a management trainee in February 2008 and was responsible for advertising. Though he worked here for four months, this was his experience with advertising for different brands. Chaudhary’s first experience with a consumer electronics company came with LG Electronics starting June 2009.

Chaudhary was appointed as a key account manager with LG Electronics in June 2009. He also received an award at LG Electronics for achieving the highest targets in the region as an area manager. Chaudhary went on to work with Videocon as a key account manager in July 2011. He worked with Videocon for about one year and eight months. He also received five awards while working at Metro Cash and Carry.

He has also worked with Samsung India as a key account manager from February 2013 to December 2015. Chaudhary was handling direct dealer channel for Samsung for the North India region.

Xiaomi’s Head of Brand Marketing Has Called it Quits