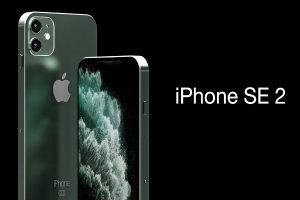 Apple might delay the launch event of iPhone SE2 slated for March due to the Coronavirus breakout and production delays. The iPhone makers has reportedly decided to postpone the launch event slated for March. According to Cult of Mac, the launch has been postponed due to continuous delay in the production of iPhone 9, which might debut as the iPhone SE 2. However, the outbreak of Coronavirus in China, California and other regions seems to have played a major role in this decision.

The launch event was initially planned for late March at the Steve Jobs Theater at the Apple Park campus in Cupertino, California. According to sources, Apple raised concerns about bringing together 1,000 people for the event. The executives wanted to ensure “social distancing” at a public event.

According to a report, the Santa Clara County Public Health Department has issued an order on Monday to ban mass gatherings of 1,000 people or more. The order is valid for events slated between March 11 and April 1. Apple is yet to officially confirm the news and might not do so since it claims that it never sent out invitations for the event. With the worldwide spread of COVID-19, Apple may have taken this decision to postpone the launch event. Some reports say that Apple might be forced to cancel the Worldwide Developers Conference, which is yet to be announced.

There are 43 known cases of COVID-19 infection in Santa Clara County. California has reported 133 confirmed cases and two deaths. The United States has total 900 cases reported and there have been at least 30 deaths.

Apple has reportedly delayed the event because of the decision by Santa Clara County order. The Coronavirus outbreak led to closure of factories in China, which could have led to delay in production. There have been multiple other reports citing sources that Apple March hardware event has been delayed.