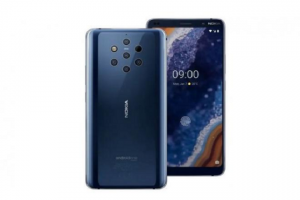 As per reports, HMD Global is working on its flagship smartphone for 2020. This phone has been named as the Nokia 9.2 PureView. Reportedly, the smartphone will be launched in late 2020.

As per a tipster Nokia Anew, HMD Global has decide to push the launch date of the smartphone to autumn of 2020. This has been done to provide the phone with the latest Qualcomm Snapdragon 865 5G chipset.

Earlier, it was reported that the company might bring out Nokia 9.1 PureView with Qualcomm Snapdragon 855 processor and penta-camera setup in the initial months of 2020t, as of now, it seems that the phone has been named as Nokia 9.2 PureView. No other information is available about this smartphone.

Samsung Is Working On New Galaxy Tablet With S-Pen: Report