Lenovo had bought Motorola’s cell phone business in October 2014. The Wall Street Journal reported that the brand has tied up with Verizon Communications to sell new Moto Razr devices in US 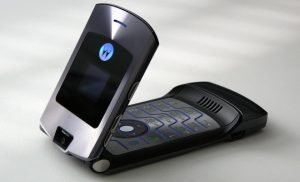 Most known for their style and charm, Razr phones are all set to make a comeback in the United States. A report published by the Wall Street Journal said that Motorola’s parent company, Lenovo has tied up with the United States telecommunications giant Verizon Communications to start selling the new Razr Devices in the country.

The new Razr phones, as per the report, will feature foldable screens, and will start retailing at a price of $ 1,500 (Roughly Rs 1,10,000). It is not confirmed whether the brand will launch these new Razr devices in other international markets or not. However, given Lenovo’s strong presence in the Asian markets, the brand is likely to introduce these in India and other markets as well soon.

Lenovo had bought Motorola in October 2014. Motorola’s cell phone business, before being bought by Lenovo, was working under the umbrella of Google.

Could be Lenovo’s first foldable smartphone

Most of these tech giants are already in the race to launch the first foldable smartphone in the world. It is believed that Samsung will launch one during the early 2019.