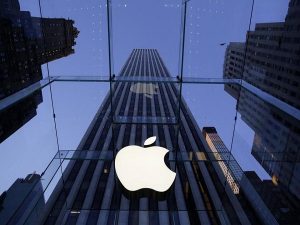 Tech giant Apple is expected to launch its iPhone 12 series smartphones in September this year. Prior to its release, rumours and reports have been floating about the phones’ display.
According to a report published in a leading daily, it has even revealed that LG Display would be supplying 20 million OLED displays for the 6.1 inch iPhone 12.

As reported earlier, Apple will be launching four iPhone 12 models with screen sizes 5.4 inch, 6.1-inch, and 6.7-inch. All of these iPhone models are expected to have OLED displays denoting the end of usage of crystal LCD Displays. The report has also mentioned that LG Display would be supplying OLED displays for the low-end 6.1-inch iPhone 12. This quantity is nearly five times the volume compared to last year.

Meanwhile, Samsung is expected to supply the majority of the OLED displays to Apple for its iPhone 12 series smartphones. The company has claimed that it would supply 30-35 million display units for the 5.4 inch iPhone 12 model, 15-20 million units each for the high end 6.1-inch model and the 6.7-inch model.

Reports have also suggested that Apple is aiming to diversify its supplier and reduce its dependency on Samsung. LG Display appeared as a viable alternative.  The company had previously used its OLED displays in some iPhone models. The company failed to improve the production yield rate of its panels and meet the delivery targets the previous summer, which enraged the company.

Apple has also claimed to support LG Display’s OLED display development in order to reduce procurement costs and reduce Samsung’s monopoly in the area. It also been reported that rival Chinese manufacturer BOE has also improved its technology by recruiting some former Samsung Engineers. Apple has started assessing the production quality in BOE’s two plants. The company is expected to use BOE’s displays in 2021.