Oppo’s 5X zoom lens,which was unveiled at the 2017 edition of Mobile World Congress, has not yet made it to the commercial market 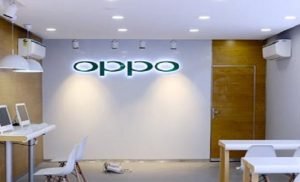 Oppo has confirmed that the brand is indeed working on a 10X Zoom Lens. The technology sounds quite similar to the Oppo 5X zoom lens that was first unveiled at the last edition of Mobile World Congress.

As per a report published by The Verge, Oppo, has not yet confirmed any information about the aperture of this 10X zoom lens. It is worth mentioning here that the aperature has always been a drawback of previous experiments around such zoom lenses on smartphones.

The brand, as per Verge, is planning to showcase the tech at the 2019 Mobile World Congress scheduled to be held in Barcelona, Spain next month. Oppo’s 10X zoom lens is primarily a combination of three prime lenses in one.

The brand had also unveiled a 5X Zoom Lens at the 2017 Mobile World Congress, but it has not made it to the commercial market yet.

Oppo is currently inviting users to test the beta version of its AR Measure App. An official statement released by the brand regarding the same read, “While cameras are conventionally known for taking photos, this technology lends itself to AR applications where you can use your smartphone as a viewfinder with extra information displayed on screen, perfect for measuring. “

Vivo To Launch S1 Pro in India Next Month: Report