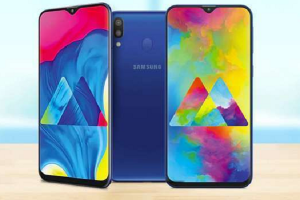 According to reports, Samsung is currently working on multiple future smartphones. Most of these devices are part of the Galaxy M and A lineups. One of the devices is the Samsung Galaxy A21s.

Some new information has surfaced online about the smartphone about a month after the device first leaked. As per the report, similar to the Galaxy A21, the Galaxy A21s have also been spotted on the benchmark tool Geekbench.

According to a report, the Geekbench listing of the Galaxy A21s provides the processor, RAM, and benchmark scores. Samsung has informed to go with the unreleased Exynos 850 SoC for the budget device. In addition, the smartphone will also feature 3GB RAM with Android 10-based Samsung One UI skin. Looking at the RAM, it is likely that the smartphone will feature with multiple RAM options. According to a previous report, Samsung will offer 32GB and 64GB internal storage options. In addition, the smartphone will also feature a 2MP macro camera on the back along with the primary sensor.

The company is also likely to offer the smartphone in four different colors. The color options include Black, Red, White, and Blue. About the benchmark numbers, the A21s has scored 183 in the single-core test and 1,075 in the multi-core test.

Nokia 400 4G Likely To Be Launched In India Soon

Realme TVs Next From the House of China Based BBK?