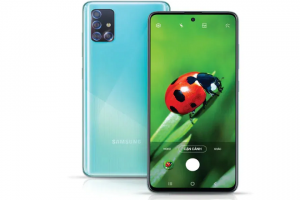 According to a report by SamMobile, Samsung is working on a 5G smartphone in the Galaxy A-series. This will debut as Galaxy A51 5G said the report.

The report said that the Galaxy A51 5G will come with model number SM-A516N. The N in the model number shows 5G devices for the Korean market

According to the report, the phone will have 128GB of internal storage. The report said that Samsung will add in-house Exynos 5100 5G modem to the Exynos 9611 SoC inside the Galaxy A51. It may also equip the phone with a new 5G SoC or MediaTek’s new Dimensity 1000 5G chip.

It runs on Android 10 with Samsung One UI 2.0 on top of it. It is backed by a 4000mAh battery with 15W fast charging support. It has a quad-rear camera setup. It includes a 48MP lens, a 12MP ultra-wide-angle lens, a 5MP depth sensor and a 5MP macro camera. At the front, the phone has a 32MP selfie shooter with f/2.2 aperture.

LG to Unveil a New Flagship Smartphone Before MWC 2019: Report