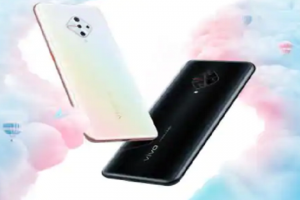 As per reports, Vivo will launch the S1 Pro smartphone in India next month in mid-January 2020. It is likely to be priced under Rs 20,000. According to a report by 91mobiles, Vivo will launch a different variant of the Vivo S1 Pro in India as compared to the one launched in May this year in China.

The report also said that the phone to be launched will have a 16.20 cm (6.38-inch) Full-HD+ punch-hole display. It is likely to be powered by Qualcomm Snapdragon 665 chipset and will come with diamond-shaped quad-rear camera setup.

8GB RAM and up to 256GB internal storage

The Vivo S1 Pro that was launched in China has a 16.23 cm (6.39-inch) Super AMOLED display with a notch. It is powered by a Qualcomm Snapdragon 675 SoC with an octa-core CPU with Adreno 612 GPU. It comes equipped with up to 8GB RAM and up to 256GB internal storage. It also has an in-display fingerprint sensor.

The storage of the phone can be expanded by up to 256GB through a microSD card slot. It has three rear cameras. It includes a 48MP camera sensor, 8MP secondary sensor with an ultra-wide lens and a 5MP sensor for depth mapping. At the front, the phone has a 32MP camera for selfies.

It runs on Android 9 Pie with Vivo’s FunTouch OS 9.2 skin on top. It is backed by a 3,700mAh battery with support for 22.5W fast-charging technology. On the connectivity front, the phone supports dual 4G VoLTE, dual-band WiFi 802.11, Bluetooth 5.0, GPS and GLONASS.

$43 Million From Selling iPhones Made With Stolen Parts: Report

Vivo to Start Exports from India?