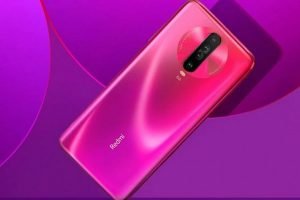 Xiaomi will launch the Redmi K30 Pro as its new flagship smartphone in China this month. The company is claiming that the Redmi K30 series will be powered by Snapdragon 730G or Snapdragon 765G chipset. However, the company has not revealed specific launch details of the product.

Lu Weibing, the GM of Redmi brand, shared a post revealing that the Redmi K30 Pro launch will be stuck between the Huawei P40 series and the Honor 30 series.

Recently, Xiaomi launched Redmi K20 Pro smartphone in India, which is available via Amazon and Flipkart.

Make the festival of colours brighter and better! Celebrate #Holi the alpha way with 6.39 FHD Horizon AMOLED display on #RedmiK20Pro

Own the #AlphaFlagship at no cost EMI of just 1916/month on @Flipkart, @amazonIN and Retail Outlets.

The smartphone is expected to support 5G

The Redmi K30 Pro is expected to use Qualcomm’s flagship Snapdragon 865 mobile platform. Also, the product is likely to offer 5G support like the Redmi K30 5G but with a more powerful chipset under the hood. The smartphone is expected to go on sale in early April in India.

The smartphone is expected to feature a notchless display, but the company is still not sure if they would go with a pop-up selfie camera setup. According to sources, the Redmi K30 Pro will come with dual mode 5G connectivity, a 4,700mAh battery and support 33W fast charging. Also, the product is expected to feature a 64-megapixel Sony IMX686 sensor.

The full specifications of the device are yet to be confirmed. However, the switch to Snapdragon 865 should result in better use of the 90Hz or 120Hz display. The company claims to have a display fingerprint sensor work underneath a LCD display. However, this Redmi flagship is claiming to pack a lot of punch and with a minimal price range.

Realme TVs Next From the House of China Based BBK?