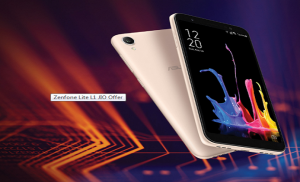 Asus has come up with an India-first approach and accordingly planned to launch new mobile devices to achieve a double-digit share in the smartphone market of India. It had earlier partnered with Flipkart to develop products specifically for Indian users.

“We are taking India-centric innovation approach through our partnership with Flipkart. The partnership has gone deeper now, and they have a dedicated team that works with our team to develop new devices,” ET quoted Dinesh Sharma, Head, Mobile Business, ASUS India. He added that India tops its priority list.

Asus has grown its sales over the past few years in India. It has grown 10 times between the first and third quarter of 2018. It also became one of the top 5 slots in the smartphone brands in India.

Asus has smartphones in the ranges between Rs. 6,000 to Rs. 70,000 in India. It is also investing in the entry and mid-price segments. The Asus India Head said that the company’s wide variety of smartphones would help it in becoming the key competitor in the country.

India’s smartphone shipments grew 24 per cent sequentially and 5 per cent year-on-year driven by strong shipments. According to Counterpoint Research report, the smartphone segment contributed to half of the total handset market during Q3 2018.

We are Working on Slashing Power Consumption by ACs, by 80...