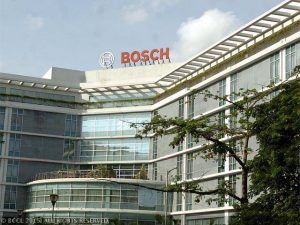 In the high-decibel world of consumer appliances, BSH Household Appliances Manufacturing stands out for its silence.

After a campaign in 2012, the consumer appliances arm of the 70.6 billion German giant, Bosch, best known in India for its auto parts unit, launched only its second campaign in June 2016 for its front-loading washing machines using what it promoted as its Variodrum Technology.

The company spent the interceding four years conditionally fiddling in the fast-changing market, trying to build a brand in a category dominated by Samsung and LG, with fierce local players Videocon,Onida and IFB too fighting to have consumers buy their washing machines, stoves and refrigerators. Mr. Gunjan Srivastava, MD & CEO, BSH Household Appliances Manufacturing is of the opinion that the trust factor regarding the brand Bosch is very steep in Indian market. And that the expectation from consumers here is of a higher degree of quality and customer service.

Although it first launched in India in 2010, it has spent the past six years trying to position its brand in an increasingly jammed market. Srivastava surmised that India is the most rising market for BSH.He also notified the suceess that BSH India has achieved by being a marginal player to seting up an ambitious target of double-digit market share in India.

While there will be a heavy focus on localisation of products, the company is also looking to position Brand Bosch at the top of some segments.

BSH’s Srivastava claims that the company has a 15 per cent share in front load washing machines and is growing three or four times the pace of the market. Srivastava also opines that Indian consumers are very much brand and value conscious.

Having made some intrusion in washing machines, BSH India wants to repeat this success in refrigerators, where several product launches are programmed — and tensed obstacles from opponents is expected.

Mr. Srivastava expressed his opinion that the competition is anyhow trying to block BSH India from getting display exhibit in stores.