The company has previously launched mobile phones for senior citizens in India. Easyfone claims that this mobile phone addresses the needs of parents 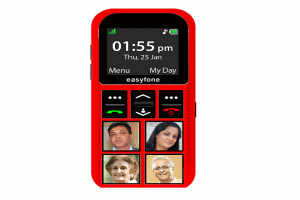 Easyfone, owned by eNovus enterprises, has announced the launch of Star mobile phone in India. The company claims that it is India’s first phone that has been specially designed for kids. Priced Rs 3,490, the company is retailing it in five color variants.

Rahul Gupta, CEO and co-founder of the company, said, “We are extremely pleased to launch Easyfone Star – India’s first phone for kids. The Easyfone Star addresses the needs of parents who want a phone that helps their kids be more safe and connected – but without the downsides that existing products offer. The Easyfone Star has been designed specially for children – essentially as a safety device and we have filed patents for the same. We will soon be launching more such products for children as well as others who have unique needs that existing products do not address.”

The company has previously launched mobile phones for senior citizens in India. Easyfone claims that Star mobile phone addresses the needs of parents.

The Easyfone Star, as per the company, comes with a host of safety features. The phone restricts calls (incoming and outgoing) to only pre-configured numbers so that the child can only talk to known people. Further, it has no internet browsing capability and comes with a GPS which allows parents to track their child when required. In addition, the Easyfone Star comes with a dedicated SOS key which allows children to seek help quickly in emergencies.

Company’s official statement read, ” One very important feature of the phone is that all important & critical settings can only be configured through the company’s website through a service called “CareTouch” and these settings cannot be changed on the phone by anyone. Besides making it tamper proof, CareTouch also lets the parent make changes to settings remotely when they are in office or are traveling to some other part of the world.

It continued, “Outside of safety, the easyfone Star also comes with features that help children become more organized and responsible. Parents can set “do not disturb” time windows and can also set up reminders and schedules for study time, activities, b’days etc for their children.