The trend of opening exclusive brand stores in the country is picking up. A recent report by IDC had said that Xiaomi had topped the list of smart wearable device shipments during Q3 2018 in India 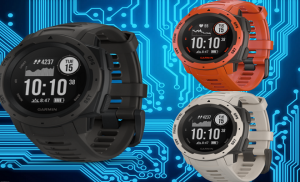 The company is already retailing its products through Croma stores in the city. It also sells the same through online channel, including Flipkart in India.

One of company’s recent tweets read, “We’re coming to the Silicon Valley of India! To win exclusive invites to our store launch, simply click your selfie at our store, upload it and tag us with our dedicated hashtag – Bengaluru Beats Yesterday! The contest is live from 26th to 27th February 2019. Are you game?”

A report by Techsci reserach had said that the smart band market in India is forecast to grow at a CAGR of 41 per cent by 2023. The report had also pointed out that price of smart bands may decline over the coming years.

It read, “With technological advancements and shrinking chip size, price of smart bands is expected to decline over the coming years, which in turn, would aid the country’s smart band market. The trend of smart watches as a fashion accessory, in addition to rising popularity of hybrid watches, increasing penetration of internet and growing e-commerce industry are anticipated to positively influence the smart band market in India during the forecast period.

Another report by Research and Markets had claimed that smart wearables market recorded growth with a value CAGR of over 140 per cent during 2013-2017. It said, “IMF forecast for Indian economy for 2018 and 2019 is much better owing to roll out of Goods and Services Tax in 2017, which will overall the indirect tax system and improve business sentiment and benefit industries including smart wearables devices.”

A recent report by IDC had said that Xiaomi had topped the list of wearables shipments during Q3 2018 in India. The China-based company held 41 per cent market share, followed by GOQii, Titan, Samsung and Fossil.

Garmin sales a complete range of smart wearables in the country. The company has recently launched a smart watch as well.

Ali Rizvi, National Sales Manager, Garmin India, had said, “We are excited to introduce Instinct as India’s first lifestyle watch for the people who wish to have an approachable smartwatch that is rugged and reliable.”