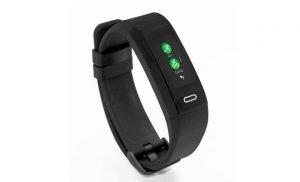 The US fitness technology venture,GOQii has recently announced the launch of RunGPS smart band in India.Its features a GPS tracker and integrated with ‘Marathon Coaching’ feature.The retailing price of the product will be Rs 4,999 in the country.

Vishal Gondal, Founder and CEO, GOQii stated that as per the recent ‘India Fit Report’, running has increased from 22 per cent in 2017 to 33 per cent in 2018 among Indians. GOQii ‘RunGPS’ will aid the players/users to run better towards a healthier lifestyle.

Targeted towards runners and joggers

The new smart band targeted at runners and joggers in the country. In fact, the company has signed up ace runners and doctors to offer expertise to the GOQii RunGPS smart band users.

It connects wireless via Bluetooth to GOQii iOS (ver 8.0 and above) or android app (ver 4.3 and above). The in built battery, once charged, will last for seven days in case of normal usage, and eight hours in GPS mode. GOQii will be available in GOQii store and Amazon India.

GOQii RunGPS smart band has six screens that can track distance, steps, calories burnt, pace and heart rate.It also capable of tracking activities and sleep patterns. It is powered with an integrated USB charger that can be connected to any power bank, adapter or laptop.

GOQii will be providing a three-month coaching program to users as well.