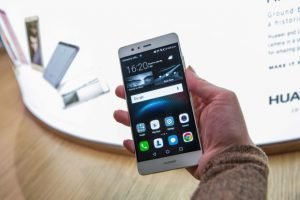 Chinese telecom major Huawei will start its production of Honor series smartphones in India from 1st October. Though Huawei isn’t the first Chinese co., this development still holds a place of importance for India as, contrary to several reports from the world market, the country is emerging as one of world’s fastest growing smartphone market, with major companies like Xiaomi, Lenovo already in its shores.

Chinese investors and businesses were promised an easy investment regime by the PM when he had visited the country in April and the results are there to be seen.

Huawei India CEO, Jay Chen announced the start of manufacturing of our Honor phones in India with Flextronics. He further mentioned that this underlines Huawei’s long term commitment for India.

Spectrum auction is coming and Huawei would like to commit to Indian industry that Huawei will make available all their latest technology product including 4G, 4G plus and 5G product.

Huawei in coalition with Flextronics International will start producing handsets in a manufacturing unit in Chennai. Initially the production will be 3 million units and provide 10,500 jobs. Huawei is targeting a 10% share in the Indian mobile market and is planning to increase its number of outlets that it partners to 50,000 by the end of 2016.

Inaugurating the Chennai facility Minister Ravi Shankar Prasad said, “The investment in electronics manufacturing, which was around Rs 11,000 crore, has risen to Rs 1.24 lakh crore. It is a great sense of satisfaction, as indicated to me, this (Huawei) will be 40th manufacturing unit in the country.”

Detailing the employment opportunities that Huawei will create, P Sanjeev, Vice President -Sales (India Business Head for Huawei & Honor Consumer Business) said, “”We have partnered with Flextronics who work with us globally to make our Honor series smartphones in the country. Initially we have tied up for 3 million units and will scale up as per demand. This project will create 3,000 direct employment opportunity at Huawei and 6,000 indirect jobs.” Flextronics will hire an additional 1500 people to work on the same project.

“We have capacity to make 10 million phones in India. We will scale up production as per requirement of Huawei. Flextronics will hire 1,500 people dedicated for servicing Huawei smartphones,” Jeff Reece, President, Networking Solutions, Flextronics said.

Oppo, Vivo And Xiaomi Team Up