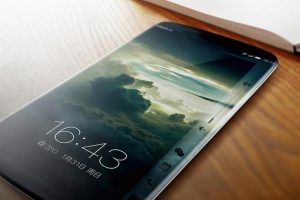 Chinese tech firm LeEco expects 50% of its revenue in India to come from physical stores, as it seeks to open 1,000 outlets in the country by December 2017 to widen its reach and build a strong brand recall.

LeEco, which filed an application with the Foreign Investment Promotion Board (FIPB) for opening single brand retail stores five months back, is expected to launch 500 stores in the first six months of 2017.

Atul Jain, chief operating officer, smart electronics business, at LeEco India notified that this is in line with their aim to be among top three brands in the country by 2018.The company did not disclose the investment required for setting up the stores.

LeEco has an offline presence in China too, according to Jain.

The company has already tied up with multiple distributors across organized and unorganized channels in the country and is already available in about 3,000 outlets in cities including Delhi-National Capital Region, Meerut, Varanasi, Mumbai, Pune, Chennai and Bengaluru. It expects to reach 65 cities and have a presence in 6,000-8,000 outlets by November-December.

The company’s products, launched exclusively on Flipkart, will now be available on other e-commerce marketplaces such as Amazon India and Snapdeal. Flipkart has contributed close to 75% of LeEco’s sales in the country.

LeEco will spend close to $10 million in the three months starting October towards marketing.

LeEco recently invested Rs.50 crore towards setting up a facility in the Greater Noida area where it has started to assemble smartphones. Set up in partnership with Compal Electronics, the facility has an initial capacity of 60,000 units a month; the capacity will be ramped up to 200,000 by the end of December.

The company plans to start exporting products to Russia, Indonesia, Hong Kong, Singapore and Malaysia by the second half of 2017, Jain said. LeEco sold over 70,000 phones and 2,000 televisions in the month of August alone, the company said.

LeEco is known for offering smartphones at competitive prices by selling directly to consumers at almost zero margins and instead making money through its content channel. The company is expected to offer music services in partnership with Hungama by early next month.

Founded by billionaire Jia Yueting in 2004, LeEco positions itself as the Netflix, Apple and Tesla of China. Apart from selling smartphones and online content, the company sells TVs, electric vehicles and virtual reality headsets