LG Electronics India has restructured its operations, thus splitting the existing sales into two new geographical areas with the motive of strengthening their foothold before the festive season, this year.

The country’s largest goods maker has combined the north and east on one single platform, termed as ‘India One’, which will be led by Head of Home Appliances business Rajeev Jain. 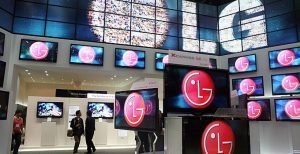 India Two covers the southern and western parts of India and will be headed by Sanjeev Agarwal, in Bengaluru, who was national sales head.

The new business strategy is considered to be a replica of the rival Samsung group, which has already split the Indian market into two geographies last year.

LG India has also restructured some organizational roles which were announced internally on Thursday and take effect in July.

LG India managing director Ki Wan Kim has been the key person behind the changes, for the changes has been the part of a strategy to strengthen its existing leadership, to make the business more autonomous and help gather real-time feedback from the market so that the company can react quickly and drive business efficiencies.

LG India is targeting 20-25 per cent growth in the July-December period on expectations of a good festive.

Realme to Retail Realme Band in India Via Own Website