LG Electronics will re-enter the low-cost smartphone segment in India by July-August as it aims to get more market share by volume in India, about 70 per cent of which is made up of phones in the sub-Rs 10,000 category. The company will introduce more India-specific products from now on rather than replicating globally successful models in the country. 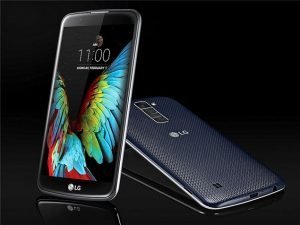 The Korean consumer durables giant is aiming at double digit growth in overall revenue in the coming financial year, even as it is set to close the current fiscal at Rs 220 billion — up 10 per cent from the previous fiscal — where mobile phones would contribute 6-7 per cent. In 2015-16, mobile phones contributed 4-5 per cent to overall revenue.

The company, which on Thursday launched the first phone — K10 2017 — with panic button capability, had a couple of models in the entry-level or low-cost price segment two years ago. But it has since vacated the price bracket and will make a re-entry with a couple of new models between Rs 7,500 and Rs 9,000, by the beginning of third quarter.

LG Electronics believes it still has a chance to make a mark in the fiercely competitive Indian smartphone market by launching six to seven new phones in 2017. The flagship model LG G6 will be one among them which will be launched in 2-3 months, after it is announced at the Mobile World Congress by the month-end.

The company lags way behind the pack of smartphones brands in India, with a 0.4 per cent share as of December 2016, as per Counterpoint Research, despite having presence in price segments between Rs 9,000 and Rs 55,000. But it hopes to change the dynamic with lower priced models and the K10 2017, sales of which are expected to be over 1 million units.

LG’s Wan believes that features such as the panic button, which will be mandatory in all phones across brands from March 1 as part of a government rules, will resonate more with local audience as it addresses the issue of women’s safety.

The K10, which was the first model to be made in India from last year, has sold around 200,000 units. The company may look to expand its present manufacturing capacity to accommodate more models, which it started through contract manufacturer GDN in April last year.

Realme Puts Realme Band on Sale For The First Time in...

Vivo to Offer Price Parity to Offline Retailers in 2020