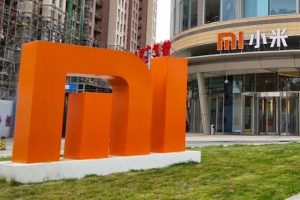 China-based Xiaomi Technology is gearing up to launch premium smartphones under the Mi brand in India in 2020. The company might also bring its concept phone Mi Max Alpha here under the same brand. A recent report published by the Economic Times (ET) also stated that once launched, this Mi Max Alpha smartphone, may cost as much as Rs 2.5 lakh.

ET quoted Reghu Reddy saying that Xiaomi Technology has set clear portfolios for Redmi and Mi brands back in China. Xiaomi India will be working on implementing the same portfolio for these brands in India in 2020. It is also to be noted here that Xiaomi has not yet launched the second variant of Poco smartphones. Poco was believed to be Xiaomi’s take on the premium smartphones segment.

Xiaomi India, under the Redmi brand, had launched two premium smartphones in the country last year. Dubbed K20 and K20 Pro, these smartphones were priced upwards of Rs 21,000. Now the company is retailing K20 smartphones at starting prices of Rs 19,999.

Xiaomi, at the moment, trails China-based BBK and Samsung in terms of being the largest smartphone maker in India. As a matter of fact China-based BBK owns and operates four smartphone brand here. These include Oppo, Vivo, Oneplus, and Realme. The Oneplus brand, is BBK’s take on the premium smartphone segment.

Lenovo to Increase Smartphone Production Capacity to 1 Mn Units in...