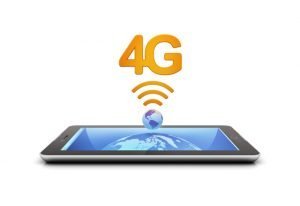 Micromax realized the necessity to shift from third-generation or 3G to fourth-generation (4G) technology for they believe that would be rapid, and at the same time to cash in on high-speed data networks.

The company is in talk with 4G-focused telcos and plans to raise the share of 4G-compatible smartphones to as much as three-quarters of the entire product range by 2017.

The homegrown company has close to 30 4G-enabled smartphone variants which work on dual bands, and has divided the portfolio into two broad price categories — between Rs4,000 anjd Rs 10,000 and Rs 10,000 and Rs 18,000 — to strategically tap users migrating to highspeed data networks. Micromax said that it is in discussions with ‘leading 4G service providers’ for bundled-service offers but however refused to reveal the operators’ names.

India’s largest telco Bharti Airtel has rolled out 4G networks over the 1800 MHz (FDD LTE) and 2300 MHz (TDD LTE) bands covering as many as 400 locations while arch rival Reliance Jio, a pure-play 4G operator is all set to launch services commercially soon on a pan-India basis.

Micromax Informatics chief marketing officer Shubhajit Sen notified that India is on the verge of digital revolution. The shift from 3G to 4G will be much faster than the move from 2G to 3G network, and there will be users who will skip 3G altogether and move straight to 4G network.

Samsung Extends Warranty On All Products Due To Coronavirus Lockdown