This is the sixth AC experience store opened by Mitsubishi in 2019. The first of these was opened in Mumbai in January 2019 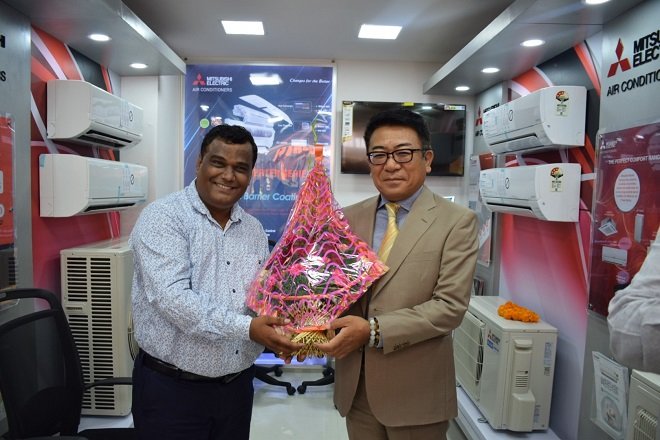 Mitsubishi Electric India has inaugurated Exclusive MEQ Hiroba, a unique concept showroom for air conditioners, in Gurugram. Opened in Supermart DLF, Phase 4, Gurgaon, the company will be using this experience store to showcase its range of residential ACs. The company has partnered with Apple Aircon to open this showroom.

Neeraj Gupta, senior general manager, Living Environment, Mitsubishi Electric India (MEI), said, “Many shoppers in India, still prefer to try out products before buying them. There is a whole set of customers that prefer someone to walk them through the purchase process. MEQ Cooling Planets is a unique idea because it encourages customers to visit the store, take a proper look and then make a decision. On the other hand, MEQ Hiroba provides customers complete knowledge in the field of air conditioning.”

The Japan based Mistubishi Electric, after the opening of its most recent AC showrooms, has 125+ exclusive AC showrooms in India.

Interestingly, this the seventh AC showroom by Mitsubishi Electric in under six months time. The company in the last five months has opened six showrooms for its ACs one each in Karnal, Alappuzha, Chennai, Cuddalore, Noida and Mumbai. The move is also interesting as a lot of companies are rushing towards expansion in the online sales channel.

India air conditioners market, as per a report by Techsci Research, stood at over $4.3 billion in 2017 and is projected to grow at a CAGR of more than 17 per cent, to surpass $11 billion by 2023. Anticipated growth in the market is led by rising infrastructure development in the country coupled with growing demand for residential and commercial spaces.

A report titled ‘Focus Shifting to Inverters‘ by Motilal Oswal in 2017 said that Mitsubishi Electric offers lowest margins to retailers. The report read, “Voltas, LG and Lloyd Electric are very dealer-oriented and offer high margins, while Samsung and Blue Star are not equally so.”