Setting up OnePlus research and development center in Hyderabad, India may be a strategic move by the smartphone manufacturer as the country had accounted for about one-third of the company’s revenues last year 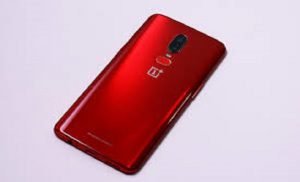 A senior Telangana government official announced that premium smartphone maker OnePlus will be setting up a research and development center in Hyderabad. The new facility will also be used as a OnePlus experience center.

Jayesh Ranjan Principal Secretary IT and Industries told PTI, “OnePlus is setting up R&D Center and also experience center in Hyderabad. As of now they are looking for space for setting up the R&D center.” He did not reveal any details about investment or manpower requirement that the China based smartphone manufacturer will be using to set up the OnePlus research and development center.

However, KT Rama Rao, Minister, IT, Telangana tweeted, “Mobile maker OnePlus India announced setting up of its research and development (R&D) center in Hyderabad. The China-headquartered manufacturer will recruit about 300 people for the centre.”

The China based smartphone manufacturing company also made an official announcement on Twitter, “We are excited to open a local R&D center in Hyderabad to work more closely with our Indian community and network of partners.”

OnePlus had earlier visited Bengaluru and Hyderabad searching for potential locations for setting up its research and development center. Officials from Telangana’s IT Department had also met OnePlus officials. A popular Telangana daily reported that the officials had explained about the incentives and facilities on offer to IT companies in the state.

India – a key market for OnePlus

Setting up OnePlus research and development center in Hyderabad, India may be a strategic move for the smartphone manufacturer as the country had accounted for about one-third of the company’s revenues last year.

It is to be noted here that OnePlus, after Samsung, is the second most preferred smartphone brand in India. The decision to use the new OnePlus research and development center may also help the company in generating more sales by providing potential customers with hands-on experience of their smartphones.

Telangana is quickly becoming the hub of technology and innovation in India. The news of OnePlus deciding to setup a research and development center in the state has come just after Intel announcing to open a tech center in the state.

Leading tech giants like Qualcomm and Uber have also announced to setup their facilities in the state. The former is set to open a center employing 10,000 people by 2019, while the later has already set up a response and support center with a investment of about $50 million.

Realme Extends Warranty On Its Smartphones During Coronavirus Lockdown