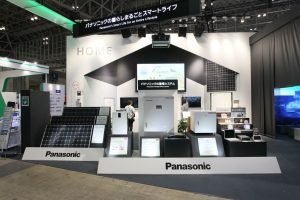 The company is expecting its mobiles handsets category to grow by about 40 per cent in sales on the back of expanding market of 4G handsets.

Panasonic India President and CEO Manish Sharma said expressed that Paansonic is aiming at 20 per cent growth for consumer durables in 2016 from last year’s business of Rs 4,000 crore, while their mobile phone is expected to do a turnover of Rs 2,500 crore in 2016 compared to Rs 1,800 crore last year.

Speaking on mobile handsets, Sharma said some six new models will be introduced in the price band of Rs 8,000-15,000.

Panasonic was also optimistic about the festive season sales and it proposes to spend Rs 85 crore in promotions.

Hong Kong Based Skyworth to Make Consumer Electronics in Telangana