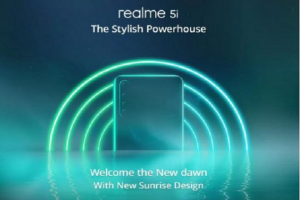 Realme will launch the 5i smartphone in India on 9th January. Flipkart has created a microsite to indicate that it will sell the phone after its launch. Flipkart has also revealed some features of the phone.