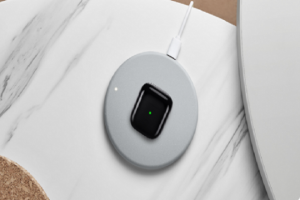 Realme will put the Buds Air wireless earbuds on sale at 12 noon on 3rd January. It will be selling the earbuds through Flipkart and the company website. The company has priced the earbuds at Rs 3,999.

The Realme Buds Air wireless earbuds were launched along with the Realme X2 smartphone last month. It will be selling the earbuds in black, white and yellow colours. As per the company, the earbuds come with a custom R1 chip. Realme claims that the chip allows for features like ‘Super Low Latency’ gaming mode.

As per Realme, the model can cut down the audio latency or delay by almost half. The earbuds also come with LCP advanced multi-layer composite diaphragm. They are equipped with 12mm audio drivers.

The earbuds support Bluetooth v5.0 out of the box. The company says that it has added a dynamic bass boost solution to improve bass reproduction. The earbuds also come with environment noise cancellation technology during calls. It has LED lights on the case to indicate charging levels. Realme claims that the earbuds offer three hours of playback time.

As per the company, the case gives 15 hours of additional battery backup. So, the user can enjoy total 17 hours of playback says Realme. The charging case comes with a USB Type-C at the bottom with 10W wireless charging support. It also features instant auto-connect, smart in-ear detection with an optical sensor and touch controls. It also has built-in Google Assistant support. The Buds Air also has Google Fast Pair support for seamless pairing as per Realme.