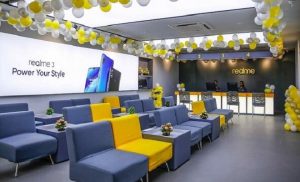 Realme, a BBK owned smartphone brand, has plans to set up 25 exclusive service centers (ESC) by the end of 2019. The company will be covering 25 strategic locations in India with opening of these service centers.

Realme will also extend these facilities to 350 Tier 1 and Tier 2 cities by making the services available at 400 service centers (ESC and multi-branded service centers). The company said that these ESCs will act as a hub to support nearby multi-brand service.

Inaugurating the first ESC facility, Madhav Sheth, CEO, Realme India said, “Realme is committed to achieving the highest level of customer satisfaction through an industry leading after-sales service experience. Realme exclusive service centres promise complete peace of mind with guaranteed 1-hour TAT to further strengthen the trust that our community has placed in us. Our goal is to keep the customer satisfaction levels high so it can establish a reputation for service – something all brands are starting to focus on more today.”

Realme 3 is the last smartphone that the China-based company has launched in India. It is competing against the likes of Samsung M20 and Redmi Note 7 in India. Realme, as per a report, was one of the leading online first smartphone brands in India last year.

Sheth added, “Since the establishment of Realme the brand has got a great response. Realme 3 has also witnessed a phenomenal response from our customers. We sold over 311800 devices in the first two rounds of sales.”

From online channel to offline expansion

It is to be noted here that Realme had entered India as a sub-brand of Oppo. The company had initially focused on online sales channel before announcing its plans for offline expansion during the first month of 2019.

Realme’s official statement read, “The brand has also entered the offline sales segment with top 10 cities across the country in January 2019 and the brand will eventually add 50 cities every quarter. With the city expansion, the smartphone brand will establish 20,000 outlets throughout the country.”

It continued, “The retail outlets will have all the models that the smartphone brand has launched. Currently, the young brand has a presence in more than 35 cities across more than 3000 stores in Mumbai, Hyderabad, Surat, Ludhiana, and Chandigarh to name a few and is expanding footprints to meet the rapidly growing customer demands.”