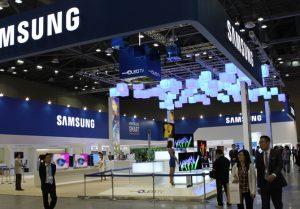 The company has not yet disclosed the amount of the deal.

Samsung said in a statement that it would make privately held Dacor, based in Industry, Calif., a wholly owned unit of its U.S. subsidiary Samsung Electronics America Inc.

The South Korean firm has accelerated the pace of its acquisitions as competitive challenges loom for all three of its business units—mobile, consumer appliances and semiconductors and display components.

Founded in 1965, Dacor has carved out a niche as a luxury maker of appliances that are manufactured in the U.S.

Samsung said in its statement that it wouldn’t make any changes to Dacor’s branding, operations or manufacturing, echoing a hands-off approach that Samsung has taken with its other recent purchases.